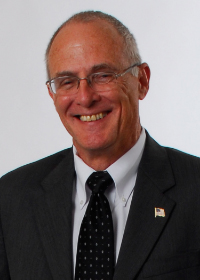 Dr. Richard Wallace board certified physician in internal medicine and infectious disease and who has specialized in the treatment of nontuberculous mycobacterial (NTM) disease for the past 43 years. He received a Bachelor of Arts degree from the University of Texas at Austin and his M.D. from Baylor College of Medicine in Houston, Texas. He also completed internship, residency, and fellowship at the Boston City Hospital in Boston, Massachusetts, with additional fellowship training at Baylor College of Medicine in Houston.

Dr. Wallace holds memberships in several professional societies including the American Society for Microbiology, American Thoracic Society, International Union Against Tuberculosis and Lung Disease, and Texas Medical Association. He has been elected to fellowships in the American College of Chest Physicians, American College of Physicians, Infectious Disease Society of America, and the prestigious American Academy of Microbiology.

Previously, he has served on various clinical and research journal editorial boards including the Journal of Clinical Microbiology, Seminars in Respiratory Infections and Antimicrobial Agents and Chemotherapy, and also is a regular contributor to these and other medical and research journals. He also was chairman of the Mycobacteriology Division of the American Society for Microbiology from 1998-1999, member for the U.S. Public Health Service Task Force on Prophylaxis and Therapy for Mycobacterium avium-intracellulare complex (MAC) in 1992, and a past chairman of the Scientific Assembly of Microbiology, Tuberculosis, and Pulmonary Infections of the American Thoracic Society. Dr. Wallace is also an advisor to Clinical and Laboratory Standards Institute (CLSI), Subcommittee on Antimycobacterial Susceptibility Testing, and an advisor on the CLSI Subcommittee on Laboratory Diagnosis of Mycobacterial Infections. He also was appointed to the American Thoracic Society (ATS) Committee for the revision of the guidelines of the ATS statement on the diagnosis and treatment of nontuberculous mycobacteria.

Dr. Wallace has published more than 300 scientific papers with more than half of them related to nontuberculous mycobacteria, including MAC, and is a frequent invited speaker at national and international meetings. He directs a research laboratory that focuses on drug susceptibility testing, DNA molecular fingerprinting of NTM, molecular mechanisms of drug resistance in NTM, and treatment trials of drugs for MAC and Mycobacterium abscessus.

*Dr. Wallace is a consulting physician but currently does not see patients routinely in the clinic.

FORUM LOGIN
Forum Login
Welcome to the New MACac Forum!
As you may know over the last couple of months the forum had been over-run with spam, rendering the forum useless. To preserve the integrity of the message board we elected to reprogram the forum on a new platform. This will provide better functionality and hopefully alleviate much of the spam problems. Unfortunately, in this transition, all previous user accounts and posts had to be removed in the process. We hope you understand. Please go ahead and register for your new account to begin posting. Should you have any questions or concerns, feel free to email us at support@gettheclicks.com

Thank you for your patience and understanding.
Your MAC Support Team